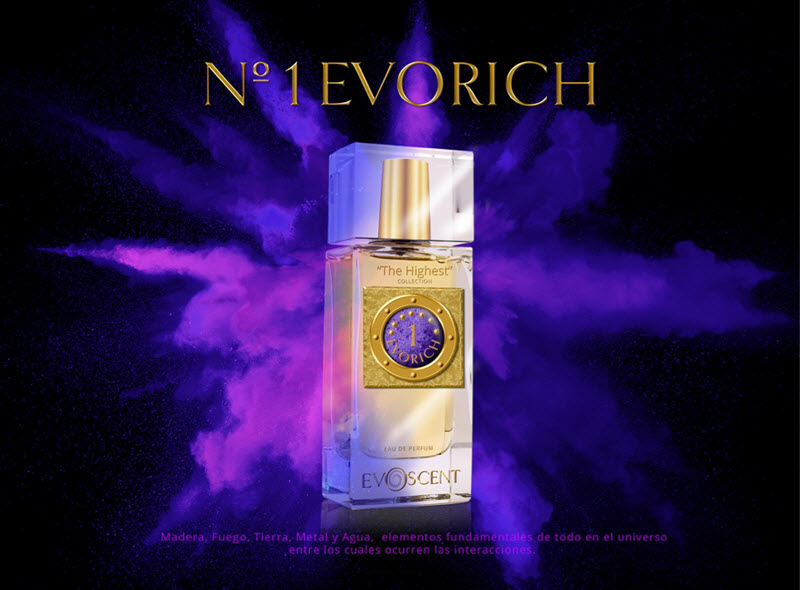 Evorich community members celebrated the 7th anniversary of MLCI business and the company’s birthday at the large-scale business forum EVENTI 2021, which took place in October in Dubai. In addition to speeches, testimonials, awarding of leaders and training sessions, the event saw the launch of the new line of perfumes EvoScent created by the renowned perfumer Ramón Béjar specifically for Evorich.

Ramón Béjar developed a limited collection of eight luxurious fragrances, each of which has its own character and philosophy. The line is represented by the following titles: bright and distinctive Evorich, ambitious and energetic Greatness, sensual Tantric, philosophical Paradigma, subtle and refined Fifth Element, noble Dynamic Gold and, finally, luxurious Wealthy Spirit. The collection features perfumes that differ from each other in spirit and mood. Some will be appropriate for work, others for a dinner party, a romantic date, a gym, or a creative endeavor.

Ramón Béjar believes that there is a whole philosophy behind creating a fragrance. His goal is to collect the best of what nature and perfumery have to offer and create something entirely new. Thanks to this approach, each of his collections is considered a work of art.

Ramón Béjar is a world famous Spanish perfumer who has created unique fragrances for the royal houses of the Gulf countries; the 2011 Pro Cartón ECMA award winner; the creator of the world’s most expensive perfume – “The Royalé Dream” – which was sold for $190,000 at Singapore Grand Prix in 2015. Ramón Béjar’s works can be found in premium boutiques in Moscow, St. Petersburg, Dubai , Switzerland, Spain, UK and USA.

The EvoScent collection by Ramón Béjar will be released in late autumn, and Evorich members will be able to get testers on special terms.

Pick one! Pick 7! The perfumes for the spring of 2022 – Dreamingof.net

Smelling the Fragrance of Forbidden Wine

Your Choice Of Fragrance Could Reveal Your Ideal Summer Vacation Destination