TRIESTE, Italy — Trieste is a city on the northeastern border of Italy, out of the fashion map for most part of the year, yet it holds a special place in Demna’s heart.

It was homecoming for Balenciaga’s creative director on Saturday as he arrived in town to be a part of the jury panel of the 2022 edition of the International Talent Support competition, known as ITS. In 2004 he was among the fashion talents applying for the contest and he scooped up the ITS Collection of the Year Award.

“I feel it was probably the first time in my life that I really, suddenly started to have confidence in myself, and felt some kind of recognition even though I was very young and had just started,” Demna told WWD ahead of the event.

“The most important thing for me in Trieste was this confidence that I started to learn, and that I felt today when I came here, I remembered that the other Demna that came before was very afraid of everything,” he said. 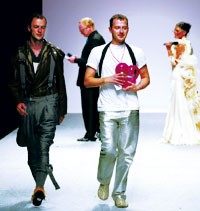 As his confidence and his platform grew bigger, so did his aim to engage in broader dissertations on cultural, social and political topics. They include representation and inclusivity, sustainability, communication tools and promotion. Pretending that fashion is only about clothing is “a very hypocritical and almost like outdated way of thinking,” he opined.

“Especially I would say the luxury fashion industry is a huge cultural platform, the following that brands have on their social media, the money that’s poured into events and shows and promotion, it’s almost like it has more impact than the movie industry, the music industry have,” he said. “Fashion has a huge body to be a platform for not only making clothes and making money and creating the dream, the lifestyle, it has an obligation…to be vocal. It’s a voice,” he added.

His seminal desire to also create desirable fashion has remained untouched, though, and he somewhat feels younger talents tend to trade it in favor of personal narrative, storytelling, or even fame.

“I think that somehow the romanticism in fashion was lost in these [younger] generations… Romanticism is [about] creating a vision and something different and not be like this or that because it works, but just be who you are, fighting for that persistently, proving that that’s what you believe in. It’s very hard to do it when you’re 20 years old and want to get a job,” he offered.

“I didn’t want to tell my story or be famous on Instagram, I couldn’t care less about those things. I just wanted to make a dress that a woman would want to have,” he said.

He admitted his aversion to fame hasn’t really changed, despite now being in a leading design position that exposes him to constant public scrutiny.

“I still feel very intimidated by that,” he conceded.

“I have a very difficult relation with it, I don’t like it. I do like the advantages it brings because I can work with many different people I couldn’t work with before, but I think it’s a dangerous thing in which you can lose yourself. The more fame you have, the more you have to make sure you stay connected to who you are and yourself, to be grounded and have life apart from this, not dependent on this fame or your job,” he said. 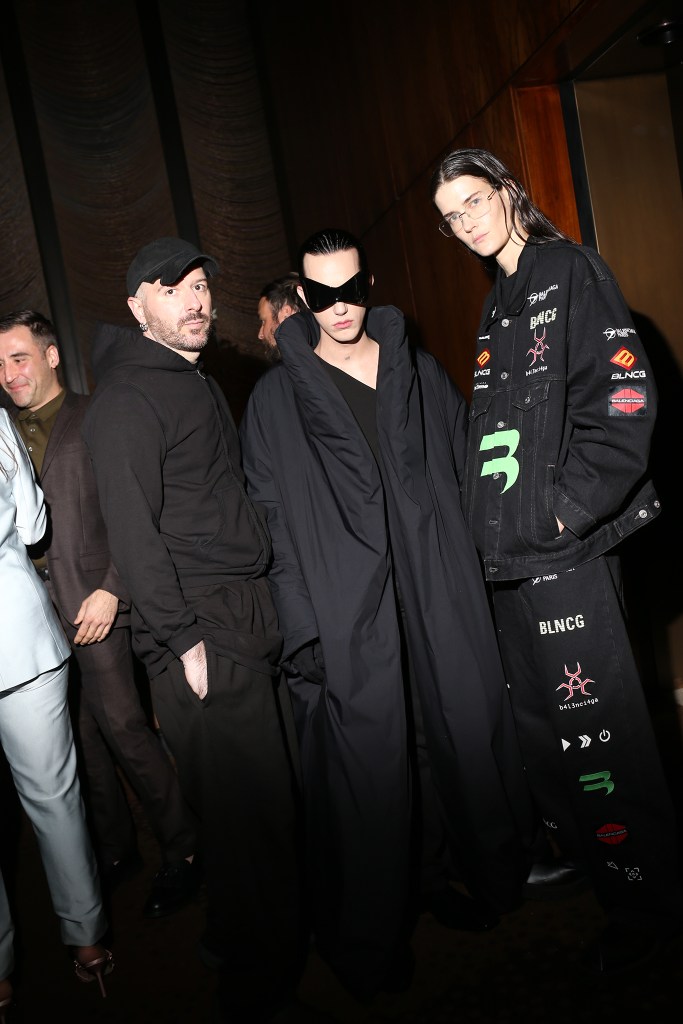 As an incubator of progressive fashion, Demna has a clear vision of the talents he’s charmed by and wants to be surrounded by in the Balenciaga studio, often recruited from those who have just graduated from fashion schools.

“I find it easier to work with creatives that are more free and not afraid. Obviously, they work with me, and they get to have kind of the ‘Demna fashion school’ approach, it’s important. So, their approach is very similar to the way I work, it’s very three dimensional, very cerebral… it’s more conceptual than it is decorative,” he said.

“Skills are something that I think designers learn. I’d rather have [designers with] no skills than skills that I have to change. For me the most important thing is part of the character I’d say, it’s fearlessness, when I see this quality in a creative, this is like 70 percent of the reason why I try to have them on my team because there are so few fearless creatives today that when I see that, I don’t care about the style, the vision, the skills, Illustrator, the stitching, it doesn’t matter.…When they’re fearless and have talent they can go really far,” Demna added.

How far Demna can go is anyone’s guess.

Asked about exploring new product categories for Balenciaga, he said there are many he’s eager to embrace in due time.

“If somebody wonders how a Demna perfume would look like, it would definitely not smell how people would imagine,” he said, asked to respond to online commentators wondering how and when Balenciaga will dive into fragrances.

Brian May Launches Wildlife Fundraising Fragrance ‘Save Me’ | Billboard